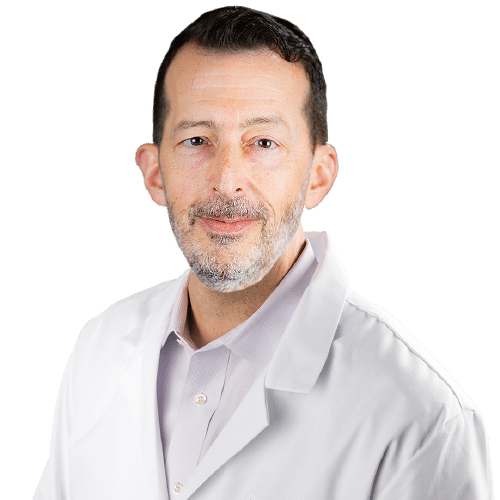 Board Certified by the American Osteopathic Board of Ophthalmology and Otorhinolaryngology, Dr. Paul A. Frascella, D.O., has been practicing general ophthalmology since 1994. He performed his first LASIK procedure in 1997 before having his own LASIK treatment in 1999.

In his free time, Dr. Frascella lives an active lifestyle. He loves health and fitness, especially taking Orange Theory classes.  He enjoys travelling, especially as an urban trekker, as well as cooking and entertaining. He has recently developed a passion for sous vide and barbeque.

Dr. Frascella earned his Bachelor’s Degree from Ursinus College before moving on to Villanova University where he received his Master’s Degree in Biology. He then headed to the University of Medicine and Dentistry of New Jersey – New Jersey School of Osteopathic Medicine where he completed his D.O. degree. He continued on to Atlantic City Medical Center for his internship before going to Ohio University College of Osteopathic Medicine – Grandview Hospital and Medical Center, Dayton, Ohio for his residency training.